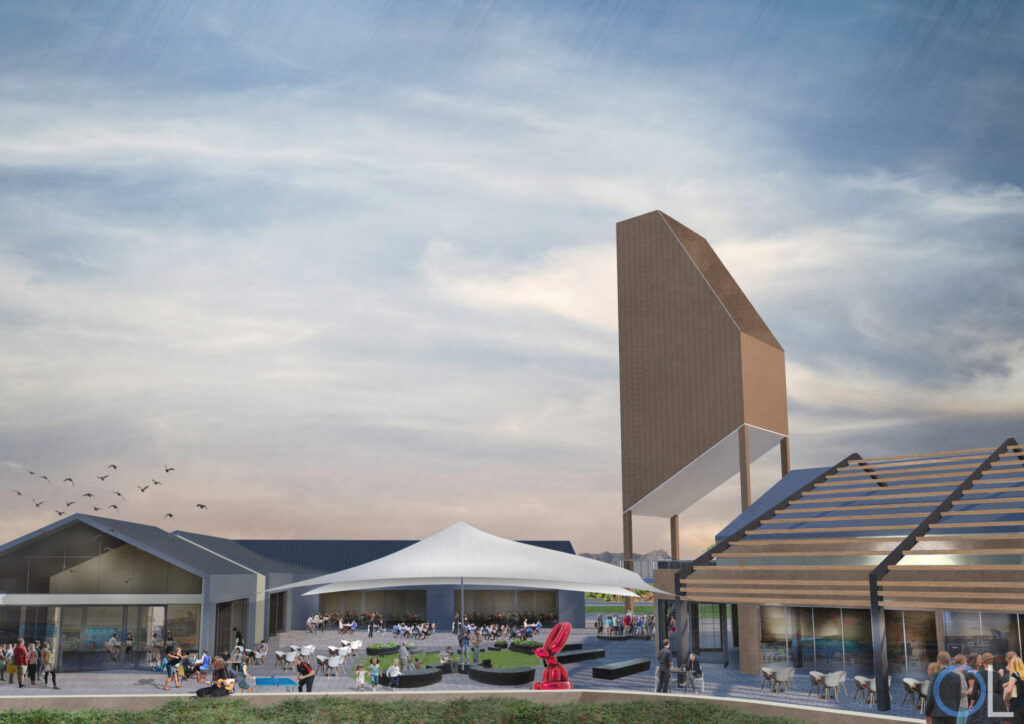 Modern living in a village atmosphere

De Zwartland Werf will consist of a retail centre, office space, residential apartments, a motor showroom and more. Says Jean-Pierre Nortier, Development Director of Devmark Property Group: “Malmesbury fulfils an important urban niche in the Swartland and Western Cape. Its high development potential can be attributed to factors such as its relative accessibility along the N7 road/rail corridor, closeness to Cape Town and diversified economic base, which not only includes agriculture but also well-developed industrial and commercial sectors. Malmesbury is home to a number of large companies, as well as regional offices of provincial and national government departments. De Zwartland Werf will offer Malmesbury and the surrounding towns a much needed space to shop, eat, work and play in a beautiful setting. Upon completion, it will offer a convenience precinct of 37,000m².”

According to Nortier, the buildings will be designed in a fine grain of smaller units spread across the site to create a farmyard and community village ambiance. “The architecture will be integrated with a network of continuous pedestrian links, fragmented parking areas with trees for shade and landscaped access roads for direction and organisation. It will offer a contemporary interpretation of the town’s architecture, steeped in history. Subtle use of natural materials and elements will lend itself to a contemporary Cape Vernacular barn style. A restaurant courtyard in the format of a mini village square, at the southern end of the retail centre, will create a sense of community and become the place to be seen,” he says.

Phase 1 of the development will offer De Zwartland Market, a convenience retail centre consisting of about 100 stores, services, restaurants and entertainment; De Zwartland Voorhuis, a residential area with 120 apartments; De Zwartland Werk, commercial spaces ranging from 40m² to 1,500m²; and Samaritan Healthcare. “The Samaritan Malmesbury Hospital will be a 102-bed private hospital, which intends to attract leading medical, dental, nursing and allied professional practitioners to serve patients at its facilities. The hospital will not only serve the inhabitants of Malmesbury, but also the surrounding areas,” Nortier adds.

He says that high property values in the Cape Town Metropole and the allure of a tranquil, rural lifestyle are motivating more and more people to settle in the countryside and commute to Cape Town for work. “Situated in the heart of the Swartland region, Malmesbury lies about 65km north of Cape Town’s CBD. The town is the largest in the Swartland, an area which takes its name from the indigenous plant known as Renosterbos (“rhino bush”) which turns black during the warm, dry summers. The Swartland is known for agriculture, especially grain, livestock farming and wine cultivation.”

Nortier concludes: “Malmesbury, with its 36, 000 inhabitants, fulfils an important role as the urban centre of the Swartland region and is the northern gateway to Cape Town along the N7 highway, the dual carriageway running from Cape Town to Namibia. We believe De Zwartland Werf offers the three Ps – position, position, position. It will become the place where people live, work and play!” Completion of Phase 1 is expected in October 2022.

Scroll To Top
We use cookies to ensure that we give you the best experience on our website. If you continue to use this site we will assume that you are happy with it.Ok